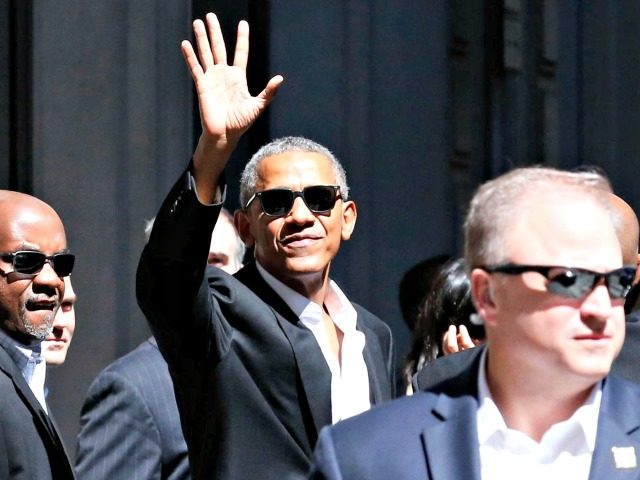 Former president Barack Obama’s speech on climate change in Italy raised €3 million ($3.26m) in ticket sales for his personal foundation, according to a report from The Times.

Having travelled to Milan in a private jet, Obama settled into a presidential suite at the Park Hyatt hotel, costing roughly €8,400 a night. Meanwhile, his entourage of security occupied two separate floors across the hotel, while his security detail required a convoy of 14 cars, a helicopter, and 300 extra police.

The event, which attracted 3500 people paying €850 a ticket, raised nearly €3 million, all of which will go to the Obama Foundation dedicated to “renewal and global progress.”