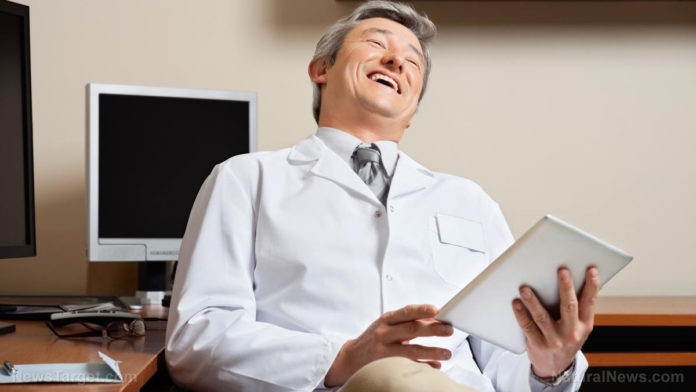 (Natural News) If you’ve ever wanted to read large collections of fake news, look no further than medical science journals such as The Lancet or the British Medical Journal. Almost everything they publish is “bogus,” explains science writer Richard Harris, who writes for NPR, and the result is billions of dollars in fraud, waste and unnecessary expenditures on Big Pharma drugs that simple don’t work.

His new book is called Rigor Mortis: How Sloppy Science Creates Worthless Cures, Crushes Hope, and Wastes Billions, and it reveals the truth about science fraud that I’ve been documenting for years on Natural News and Scientific.news. What truth is that? Most “science” studies don’t hold up under scrutiny, and most of them can’t be reproduced when someone else attempts to perform the same experiment.

The entire apparatus of Big Pharma and FDA approved drugs, in other words, is largely fraudulent. Most drugs simply don’t work on most people, which is exactly why people who take lots of prescription medications almost always see a decline in their health (they get sicker, not healthier).

The bogus nature of bad science is present across every realm of science, by the way: Pharmaceuticals, climate change, psychology, physics, chemistry and more. Climate change is probably the worst of all these, where scientists decide in advance what outcomes they want to see, then work diligently to shape the computer modeling or data sets to achieve the outcome they want. In fact, the entire industry of “climate change science” is rooted in total junk science fraud, buoyed by fabricated science and aggressive demands of social conformity (plus coordinated attempts to smear and discredit any scientists who don’t kowtow to the science totalitarians).

What’s especially notable in all this is that medical science studies are almost always given instant credibility of “real news” even when they are demonstrably fake. Thus, Google’s war on “fake news” will censor information that questions the legitimacy of the faked science studies because Google automatically assumes all medical journals are 100% real and correct at all times. The far more accurate answer is that they are probably only accurate about 1% of the time, which means they’re 99% fake news that Google scores as 100% real. (See more news about Google’s disinformation schemes at Disinfo.news.)

Read the rest of this article on Natural News HERE