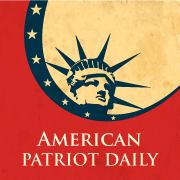 Worst of all, Obama left a power vacuum in the Middle East that gave rise to ISIS. The rise in Islamic terrorism across the world in Obama’s wake is alarming, to say the least. Yet Obama did not seem upset by this.

No matter how violent terrorists became or how many times they praised their god while killing others, Obama refused to do anything but praise Islam.

Perhaps no president has reached out to other countries the way that President Obama did. He offered money to our enemies.

He apologized for American exceptionalism and success. He repeatedly moved the proverbial red line so that other countries would not be impacted by American ideals and security.

“We are no longer a Christian nation,” Obama said.