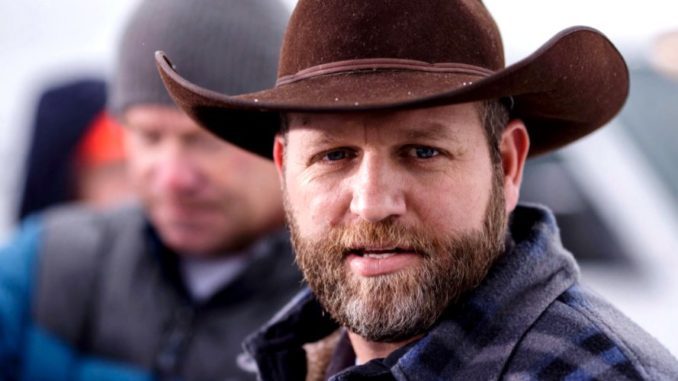 in News by Slad

For those who may have missed it, the original email I sent on May 04 2017 is below this newest update for May 06 2017. I would like to thank each of you who followed-through by making the phone call a couple of days ago. That helped, but now we’re seeing a need to step up again.

Shari Dovale of Redoubt News sent this article for TMM’s readership.  Shari and her partner Bret are my primary source for updates on our favorite American cowboy families, the Finicums and Bundys. The Finicum and Bundy families are standing up like true Americans against federal insanity and unlawful federal incursion into our States, They are challenging federal over-reach in Washington D.C.’s illegal power grab over public lands within the borders of any State in the compact of our Union. This article is at the Redoubt News website and I’m inviting each reader here to go there and save her link for sharing widely.

But bear in mind on your way over to Shari’s site — Ammon Bundy has been tortured while being held in a corporate-owned prison contracted to the federal government. Shari’s article frames a video of Ammon’s call from solitary confinement. His voice carries the pain he has just been through while being punished in a prison. The absurdity of what has just happened to Ammon is surreal and shocking, but it did happen, and it is real.  The video of his phone call is not going to be pleasant. Yet this is what has just happened to Ammon Bundy. Read Shari’s article and then simply pick up your phone and make some brief but poignant calls. The numbers to call are listed in the article. Bear in mind that this prison, and the employees who did this to Ammon Bundy, are operating in an authority chain which is controlled by the federal Standards for Prisons and Jails.