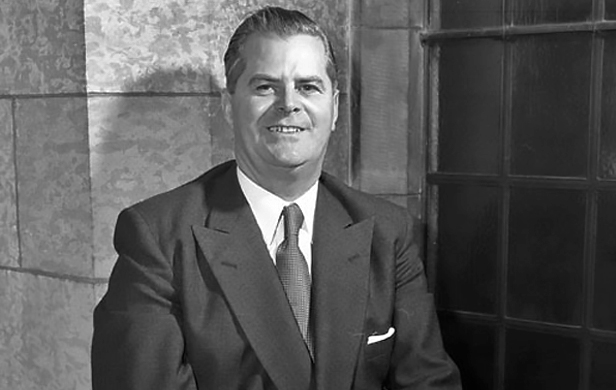 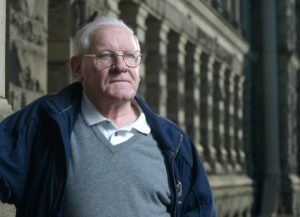 Just a few days to go and you figure it’s all over. Conventional thinking suggests the undecided have now made up their minds although they have yet to mark their ballots to make it official. It’s over but the shouting – the die already cast.

I am reminded of the BC general election of 1952 – my first witness of democracy at work on the western edge of Canada since arriving from the UK four years earlier. Byron Johnson was the premier. He presided over a coalition government comprised of Liberals and Conservatives, but was feeling threatened by the Co-operative Commonwealth Federation (CCF – that would become the NDP). They would be joined on the ’52 hustings by a motley crew of unelected but noisy and hard to understand “funny money” inconsequential members of the Social Credit League.

Premier Johnson called the ’52 election, confident the result would strengthen the coalition hold in the Legislature. The vote would be held under a new “alternative voting” system which meant a voter could cast a first ballot for the party of choice and list an “alternative.” Instead of an X, the votes would be cast as numbers – 1 for first choice, 2 for second to be counted if the first choice didn’t muster more than 50 per cent of the vote.

The assumption was that with Social Credit holding no seats and displaying confusion in its ranks, the CCF would opt for Liberal or Conservative if a second choice was needed.

Like so many assumptions, not based on fact, this was a bad one and produced disastrous results for Johnson and the Liberals and Conservatives expecting to celebrate a renewed coalition government. In the polling booths, CCF supporters had cast their second ballots in volume to the one party with little chance of survival – Social Credit.

It took at least four “alternative vote” counts to get most of the results; five to get a decision in one or two ridings; and six in at least two ridings. When it was sorted – to the stunned dismay of Liberals, Conservatives, CCF and the electorate – the infant Social Credit won 19 seats, the CCF 18, the Liberals six, Conservatives four and the glorious Tom Uphill from Fernie claimed one for Independent Labour.

First order of business for the Socreds was to elect a party leader who would automatically become the premier. In July, the 19 new MLAs gathered in Vancouver to cast 10 votes for W.A.C. Bennett, a Kelowna hardware store merchant who had previous Legislature experience with the coalition. Two of his challengers garnered two votes each, and Phil Gaglardi picked up a single vote, probably his own.

A year later Premier Bennett – elected by 10 of 19 voters – faced and lost a non-confidence vote in the Legislature. Premiers were expected to resign after such a vote, but Bennett chose instead to take a quick trip to Government House to ask the Lieutenant Governor to dissolve the House and call a new election for June 9, 1953.

It was held under the “alternative vote” rules. Once again, it took endless recounts before winners were declared. This time, Social Credit was the clear winner with 28 seats. The CCF won14, the Liberals four, the Conservative party was reduced to one seat, matched by the redoubtable Tom Uphill Labour Party.

All of which brings me back to our countdown to May 9. Do I have a forecast? Never. Just preferences. I think the Liberal government, warts and all, has done a fairly good job keeping us relatively comfortable economically in BC.

I would like to see Andrew Weaver and the Greens replace the NDP in opposition – or what I prefer to call the next “government in waiting.” I think he would bring to that task measured criticism where warranted and praise and support where deserved. I hear what he says and listen to what he means when he appeals for goodwill and regrets “we spend so much time fighting, we have forgotten what we were elected for.”

It’s an all-inclusive, and I feel sincerely given, critique that requires self-discipline and a genuine willingness by government to accept suggestions from others for improving legislation.

The NDP mantra for the May 9 vote has been “time for a change,” but even as they recite it, they cannot believe it applies to their “us versus them” collective belief. They still can’t believe “the fault dear Brutus is not in our stars but in ourselves that we are underlings….”

Is it time to let the Greens have a crack at opposition in preparation for governing maybe four years hence? I’ll leave the pollsters to crunch numbers and predict results. I just dream of a better, kindlier way to govern. It can’t possibly happen on May 9, you say and you’re probably right.

Just be sure to cast your ballot for your own dreams always remembering 1952, the year a political party without a hope and with a premier many derisively called “Wacky” came to power and stayed there for 20 years during which BC prospered.

Who is Jim Hume?

Jim Hume is a nonagenarian journalist who lives in Victoria, BC. His career has spanned 6 decades, including interviews with Premier of BC Byron Ingemar Johnson (1947-52), time spent sipping cocktails and chatting with Queen Elizabeth on the Royal Yacht Brittania, and an interview with British Prime Minister Jimmy Callaghan at Number 10 Downing Street. He once won not one, but two Grey Cup bets with Canadian Prime Minister Lester B. Pearson, and has the cheques, for the princely sum of one dollar each, to prove it.

Jim is one of the oldest working journalists in Canada, the longest-serving member, and Dean, of the Legislative Press Gallery of BC, winner of a Jack Webster Award: The Bruce Hutchison Award for Lifetime Achievement in Journalism, and recipient of the Queen’s Golden Jubilee Medal.