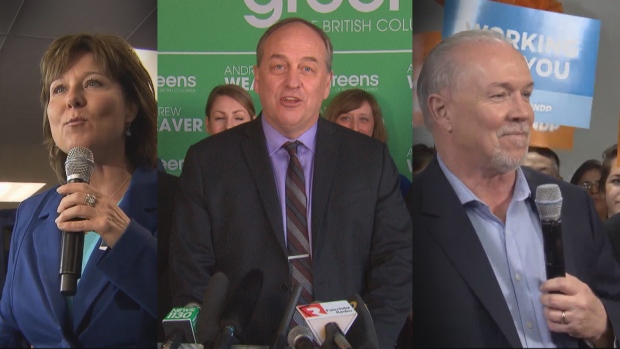 Some good news at last for those of us who care about how BC is governed  … and want more of the public to do the same.

Turnout on the first weekend of advance polls for the May 9 provincial election was GOOD … even HEAVY in some ridings!

And the numbers of those who watched the televised leaders’ debate last week were AWESOME!

Take a look at the tv audience the debate scored in the key demo group aged 25 to 54 … not just seniors who have traditionally been most interested in politics:

Since the debate was identical on all three stations (delayed on CBC), I could not help, of course, wonder why more watched on CTV than Global?

Perhaps just a bleed over from the 6 p.m. to 6:30 p.m. newscasts that evening on CTV and Global? Or maybe those interested in politics are deliberately choosing CTV’s coverage?  If anyone at either station wants to go on the record and explain the split, feel free to let us know.

Meanwhile, what makes the fairly high numbers scored by the debate even more interesting …. and TERRIFIC for political junkies, the candidates and the parties …  is the revelation that, at the same time of the evening, the NHL hockey playoffs had a 1.4 rating.

Who would have believed that any BC political discussion/debate would draw more viewers … by FAR …. than hockey????

I think it’s great news and shows that maybe, just maybe, people generally, including those 25 to 40, are starting to realize politics and parties and promises and policies ….. and  THEIR participation ….. do affect their lives.

Maybe that’s why more than 00,000  attended the advance polls held Saturday and Sunday throughout the province.

Highest turnout of registered voters who took part in a BC provincial election was 77.66% in 1983.  (The Social Credit Party under Premier Bill Bennett was re-elected,  defeating for a third time the NDP under Dave Barrett, who had been Premier 1972-75).

These latest high numbers could bode well for improved voter turnout May 9.