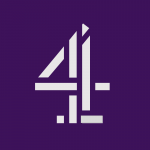 A documentary, by British television producer Martin Durkin, which argues against the virtually unchallenged consensus that global warming is man-made. A statement from the makers of this film asserts that the scientific theory of anthropogenic global warming could very well be “the biggest scam of modern times.”

A must see for truth-seekers everywhere…