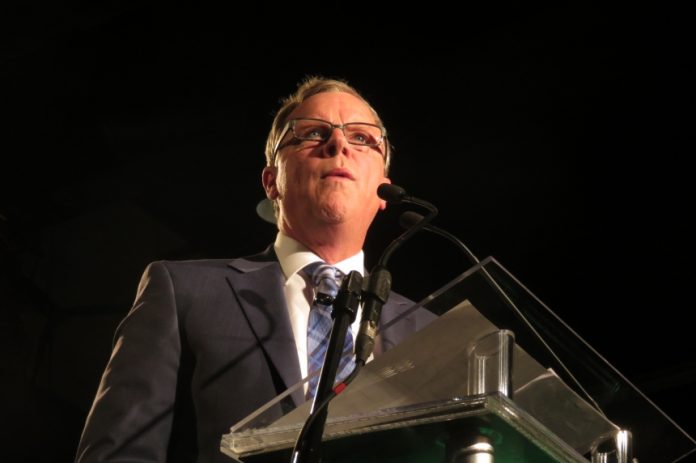 Premier Brad Wall told a crowd of supporters the province would “beat” a federal carbon tax in court during a speech in Saskatoon on April 27, 2017.) 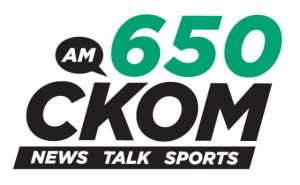 Premier Brad Wall made his clearest indication yet he’ll challenge a federal carbon tax in court during a speech Thursday night.

Speaking at the premier’s dinner in Saskatoon, a fundraiser for the Saskatchewan Party, Wall rallied supporters around a carbon tax battle.

“We will be the only province in Canada without a carbon tax,” he told the Prairieland Park crowd. “Because we’re going to beat that case in court.”

Wall has hinted at legal action in the past, but had a clearer picture in his latest remarks.

Speaking to reporters afterwards, the SaskParty leader expressed confidence in the province’s case.

“On an initial analysis our justice lawyers believe there’s a reasonable chance for success,” he said.

He also pointed to the Manitoba government’s recent pledge to not sign on to a carbon tax system, questioning how the federal Liberals would move forward.

“How does a national government design a tax that will only affect two of the units of the federation?” he asked.

“We’re optimistic about winning in court, and we will take it to court.”