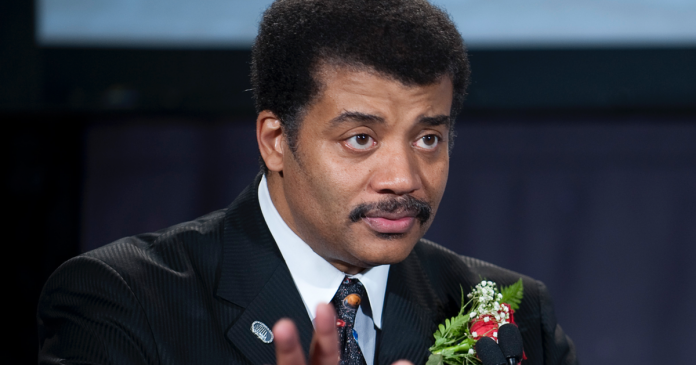 ​Neil deGrasse Tyson has released a new video aimed at a what he sees as a growing anti-intellectualism problem in the United States. It was released at the same time as the March for Science and many Earth Day demonstrations. He reflects on what he thinks made America great and what’s stalling progress today. Science used to be respected, but today, there is a growing crowd of science-deniers who threaten our “informed democracy.”

The real anti-intellectual move, however, is conflating science, the scientific method, and truth to be one and the same. Fundamentally, science is any human attempt at discovering truth. What is true exists independently from what humans believe to be true or how humans arrive at truth claims. The scientific method, the process of using repeated experiments in an attempt to validate or falsify the conclusions of previous experiments, is but one way humans attempt to discover truth.

The purpose of the video was to call out the obstinate, ignorant voters who deny what many regard as certain truths handed to them by a body of elite, trustworthy scientists. Yet Tyson and the marchers border on an equally dangerous view: scientism.

Scientism is the over-reliance on or over-application of the scientific method. Scientism has many forms, one of which is the use of empirical methods to do economic science, or the dismissal of claims not based on experiment results that question other claims that are based on experiment results. Mises dealt with scientism repeatedly, and closely guarded the boundary between economics and other sciences.

The scientific method is not universally appropriate. Consider an extreme case: if you measured a few right triangles and observed that the sides did not correspond to what the Pythagorean theorem says, would you toss the Pythagorean theorem, or would you reexamine your measurement method? Would you dismiss the logical geometric relation in favor of the scientific method?

The scientific method is particularly suited for the natural sciences. It’s hard to recommend a different method than experimentation and observation to answer questions about chemical reactions, astrophysics, quantum mechanics, and biology.

The scientific method is unnecessary or even ill-suited in other areas, however. Consider these questions, and what sort of approach is appropriate to answer them: What is 17 divided by 3? All else held equal, what are the effects of an increase in demand for blue jeans? Who should I invite to my party? What are the effects of expansionary monetary policy on employment, prices, incomes, production, consumption, and borrowing? How should I treat people?

Of course, Neil deGrasse Tyson wouldn’t recommend using the scientific method to answer all of these questions (hopefully), but the point is that empiricism and experimentation are limited in their appropriate applications. The scientific method does not have a monopoly on truth.
Read More on the link…
Always open to falsification