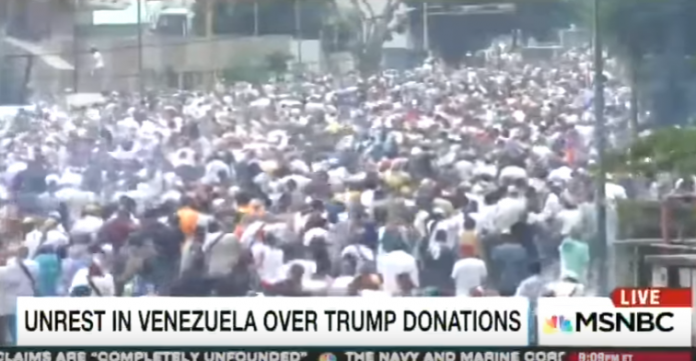 There’s a reason the elitist establishment media is losing all their credibility.

Rather than report the facts, they push manipulative narratives.

Usually, they at least try to hide it.

They’ve been caught in one of the most blatant and outrageous instances of Fake News that we have ever seen.

For context, here’s how a real news organization – Reuters – reported on the massive Venezuela protests:

Here’s how MSNBC reported on it:

Read More, with a Video response from Tucker Carlson HERE