Video courtesy of Dan Hicks of Press for Truth 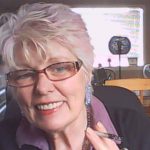 This bill will take away your rights and for the casual cannabis consumer and the medical cannabis consumers, (we) will be screwed if our bodily fluids are analysed. This is a big problem for cannabis users as the cannabis medicine stays in the body for 30 days. This means you can smoke a joint or take an edible days before this forced taking of blood or other bodily fluids but the day you got pulled over you did not consume cannabis, but you will still test positive.

Have you wondered why cannabis stays in the body so long even if you are not consuming daily? Well it is because we have in our body ‘cannabinoid receptors’. These receptors are all over the body and are part of what is called the Endocannabinoid system. Have you ever wondered why people who use substances such as heroine or cocaine , they stop taking these drugs and in three days all traces of the drug have left the body and if bodily fluids are tested, no trace of the drug will be apparent ( except for the hair). Well the drugs such as heroine and cocaine are not natural substance for the body, they are in fact poison, so the body does get rid of the poison once the person stops taking the drug.

Did you know it has been known for two decades that the human body also produces its own cannabinoids? Do you know the mother breast feeding her child delivers cannabinoids to the baby via the breast milk and this occurs even if the mother takes NO cannabis? Have read here about this: http://www.naturalnews.com/036526_cannabinoids_breast_milk_…

Here is what I ponder and theorize about the use of cannabis and the endocannabinoid system:
Do our bodies once we have begun to take cannabis begin to produce more cannabinoids ?
Is this why it takes so long (30 days) for the cannabinoids to be no longer apparent in the body when bodily fluids are tested?
What do you think about this?>>> The cocaine consumer can stop and in 3 days the drug is gone from the body, but if the cannabis consumer does the same, they will still test positive..do you see where this bill is nothing but a money maker and is targeting the cannabis users ?

For more info about the endocannabinoid system have look at this link
https://medicalxpress.com/…/2007-06-cannabinoids-human-body…