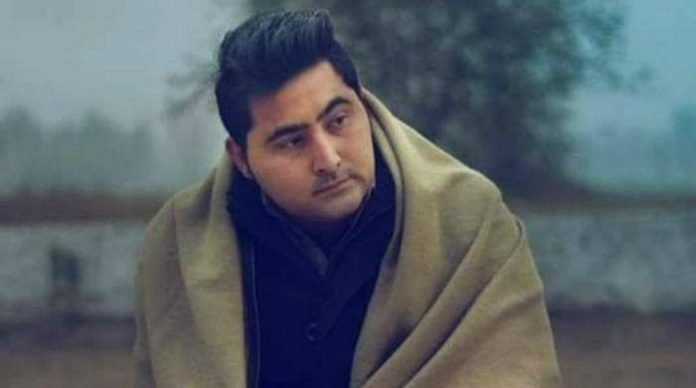 By Harvey Oberfeld
Keeping It Real…

You don’t know who Mashal Khan is?  I’m not surprised, but we should all now know … and mourn him.

Mashal was murdered Thursday by a mob of several dozen barbarians who marched on the university where he was a student. They tracked him to his dorm room, where Khan, a journalism student, was stripped, beaten, shot, and thrown out the second floor window. There he was beaten even more, stabbed and shot. And his lifeless body was then abused even more.

Incredibly, much of it was videotaped.

The police didn’t stop it; seven university employees and a local town councillor have since been accused of taking part in the disgraceful and disgusting brutality; and yet, the story has drawn  VERY LITTLE or NO attention from the BIG “world” news organizations: CBC National; CTV National; BBC World; CNN; or, Al Jazeera.

Perhaps because Khan was slaughtered by a rampaging mob of militant Islamic radicals.  In Pakistan.  No story there?

His “crime” ?    Khan, born a Muslim himself,  was accused of … wait for it …”blasphemy” :  he described himself as a “Humanist” on his Facebook page; his dorm room had pictures of Karl Marx and “Che” Guevera on the walls; he had criticised university officials; and,  he was accused of expressing ideas contrary to Islamic Sharia beliefs.

For that, he was targeted for murder in a very loud and organized frenzy … that included a march to the university, a tumultuous entry into the student residences area, the tracking down of Mashal … and his terrorization and death.

AND NO POLICE OR UNIVERSITY SECURITY OR STAFF OR OTHER STUDENTS STOPPED IT.

So where are the BIG continuing or in-depth stories … or even much of a mention …. by  CBC National; CTV National; BBC World; CNN; or, Al Jazeera?

Just imagine, though, had it been a mob of Americans doing the same thing to a student in the US.  Or in Canada, Britain, Europe.

And a Muslim student to boot!

HUGE story then?  You betcha!   Day after day! Newscast after newscast! The story would have SUBSTANTIALLY reported; the pundits would have gone after it for days; the politicians would have been expressing their outrage before any and every camera they could spot.

In fact,  I have no doubt the United Nations General Assembly and the UN Human Rights Council would even have interrupted the drafting of their next resolution condemning Israel, just to denounce the US and/or the West for failing to protect a Muslim journalism student’s right to express himself and live in a peace in any of those countries.  But in this case … silence.

It is particularly poignant for me … and for all us … as we, in BC and on this blog, at this time carry on a vigorous but hopefully civilized debate on our own society, our own beliefs, our own future.

When a mob of radicals, in any nation,  rampage and kill a journalism student in his dorm room … for just expressing his own ideas … it IS a big deal.

Fortunately several Asian, mid-East and even Australian media drew attention to this travesty.  And so did the Huffington Post. Several suspects have now been rounded up.

And, by the way, according to investigating officials, “no evidence has been found of Mashal being involved in blasphemy in the initial investigation.”

Let us mourn … for Mashal … and for the shameful major “World” media’s failure to FULLY cover the  story … or in many cases, even mention it.

Because it was a Muslim mob doing the killing?