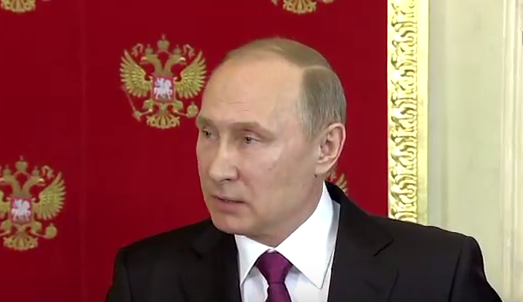 Russian President Putin declared that the recent chemical attack in Idlib, Syria, was a false-flag event, which is an operation staged by one government to make it look like it was committed by another. He said his intelligence sources report that anti-Assad militants are transporting toxic agents into several parts of Syria with the intent of blaming Assad and, thereby, justify more strikes from the US. The UK Independent reported that Putin accused the US of planning to drop chemical weapons in Damascus as a pretext for future aggression while blaming Russia for the chemical attack last week. –GEG

At a Tuesday press conference, Russian President Vladimir Putin claimed last week’s chemical weapons attack in the Idlib province of Syria was a “false flag” – a phony operation staged by enemies of Russia and Syria to discredit them. He said more such false flag operations were on the way.

“We have reports from multiple sources that false flags like this one – and I cannot call it otherwise – are being prepared in other parts of Syria, including the southern suburbs of Damascus. They plan to plant some chemical there and accuse the Syrian government of an attack,” said Putin, as reported by Russia’s RT.com.