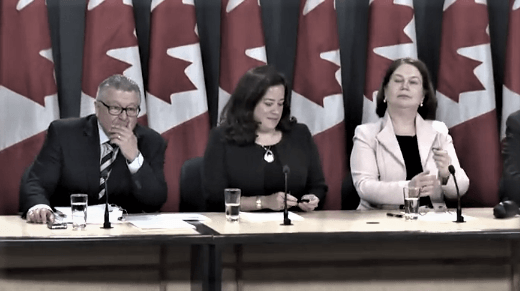 The Trudeau government has officially introduced legislation to legalize marijuana.

Two bills have been introduced. The first legalizes and regulates the use of marijuana, as while as setting out rules for growing and selling it.

Under the legislation, individuals can be in possession of 30 grams of marijuana.

Individuals can also grow a maximum of four marijuana plants at their home, or they can get marijuana from a licensed seller.

The minimum age for using marijuana is set at 18. However, provinces may set a higher age if they choose.

Penalties for sale to minors

The legislation sets a sentence of a maximum 14 years in jail for illegal sale or distribution of marijuana. Those who sell or give marijuana to children also face a maximum of 14 years behind bars.

Those caught with more than 30 grams will be ticketed, rather than charged, as long as the amount over 30 grams is minimal.

People under the age limit who are caught with 5 grams or less will not face criminal charges.

Under the new rules, it is illegal to drive within two hours of having an amount of drugs in the blood that exceeds the legal limit. Penalties for violating the impaired driving rules vary from a $1000 fine, all the way to life in jail. The penalty depends on how much of the drug is in the person’s system, and whether their impaired driving leads to any injuries or deaths.

There are also strong restrictions on advertising in the new legislation. Sale through vending machines is banned. Marketing to young people is also banned.

Tourists from other countries cannot bring marijuana into the country. However, they may use marijuana while in our country.

The government hopes to have the new laws in place before July 1, 2018.

What will happen to the black market?

Canada certainly need changes regarding marijuana legislation. Sending people to jail for using pot is a waste of resources that could be used fighting more dangerous and more damaging crimes.

That said, time will tell whether the government over-regulates the sector to the point where people go back to the black market. Canadians will need to keep a close eye on how the Trudeau government implements these new rules, to ensure the Liberal big-government ideology doesn’t overwhelm common-sense.

You can read the full legislation here.

Read More and other stories HERE