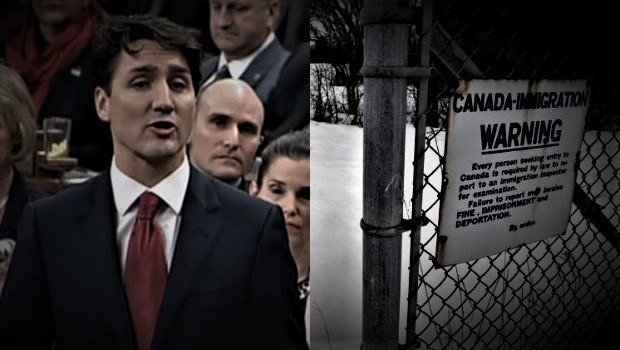 As Canadians are rapidly discovering, Justin Trudeau’s “welcome” message to the world is having severe negative consequences for our country.

Illegal border crossers are streaming into Canada, and disturbing new reports show half of them have criminal records.

And that’s just the ones being caught. There are certainly numerous illegal crossings that aren’t ever being reported, meaning criminals are entering Canada completely unknown to authorities.

This influx is already bringing danger to Canadian border guards.

As reported by MyToba News, Ahmed Aden Ali – a 37-year-old man from Minneapolis – illegally entered the country to make a refugee claim. While he was being taken into custody in Emerson, Manitoba, he assaulted a female Canada Border Services Agency (CBSA) officer. She sustained injuries, though is back on the job.

Ali also threatened other CBSA officers, and vandalized part of an office.

Unfortunately, because Trudeau and his government refuse to secure the border, we can expect more of these incidents.

Canadians are being put at real risk, all so Justin Trudeau can play up his politically correct image on the world stage to impress his globalist friends.