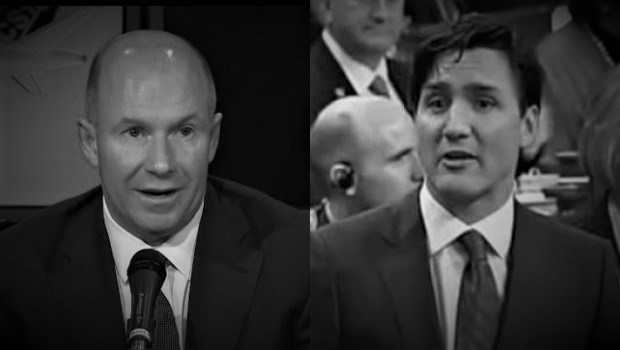 After it was discovered that Bombardier was giving out massive bonuses while seeking a bailout from Canadian taxpayers, outrage against the company and the Trudeau government has continued to rise.

The sheer arrogance and elitism demonstrated by both Trudeau (who called it a “free market” decision), and the Bombardier executives who expect to be rewarded for failure, has caused Canadians to reflect on how much contempt the elites show for our money, and look more closely at the company.

As I was doing some research on Bombardier, I noticed this interesting bit of information – which mostly flew under the radar at the time.

While seeking a bailout in 2016, Bombardier announced that they were cutting 200 jobs in Canada, and outsourcing them to Mexico and China.

This is an absolute disgrace.

The arrogance of Bombardier’s executives seems to know no bounds. At the same time they were begging for taxpayer cash, they were planning to take jobs away from Canadians.

The jobs they sought to outsource were manufacturing positions assembling the wings for the Q400. And while employees tried fighting the measure, Bombardier ended up getting away with it.

Bombardier says they offered some training and transfer options for the displaced employees, while others were given retirement packages. Even if that’s the case, it doesn’t justify shipping jobs to China and Mexico while taking tax money from Canadians.

The actions of the Bombardier executives show that they act with a sense of endless impunity. They pay themselves gigantic bonuses as they ask for our money. They say they needed to be rewarded for “performance” despite losing billions for their company. And to top it all off, they outsource Canadian jobs.

And all the while, Justin Trudeau goes around giving up our money to Bombardier, without any conditions on protecting Canadian jobs.

Contact your MP and let them know how you feel about the Bombardier bailout.