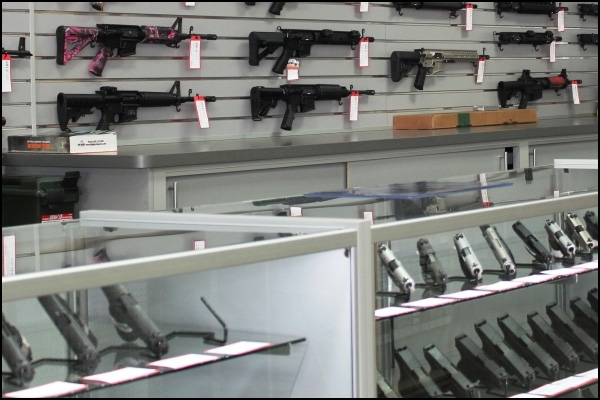 The Liberal Government is working on new firearms legislation that is rumored to be making many people nervous, including rural Liberal MP’s.

Public Safety Minister, Ralph Goodale is reported to be working on legislation that is touted to rid the streets of “handguns and assault weapons”. The intent of the legislation to be used against law abiding firearms owners is immediately apparent however with a couple of facts.

Criminals, by their very definition, aren’t going to follow the new laws any more than they follow the current laws. Criminals aren’t registering their handguns, transporting them inoperable in a locked case, or using them solely in a designated firing range, as is the current laws surrounding handgun and restricted firearm ownership in Canada. No, the people that follow these laws are of course law abiding gun owners, which the current set of laws are already quite punitive toward.

As for ridding the streets of ‘handguns and assault weapons”, well most politicians couldn’t tell the difference between a true select fire rifle from a semi-automatic rifle if they were laid out on a table in front of them. The political definition of “assault weapon” includes cosmetic appearances, types of furniture, if the rifle has a pistol grip or “traditional wood stock”, detachable magazines, and basically whatever the legislators can come up with that sounds scary enough to justify their new laws. This is how they justify using the definition of “assault rifle” with rifles such as the AR15, Tavor, XCR, and any other semi automatic modern sporting rifle. Which these modern sporting rifles are no different in function than any other semi automatic “traditional hunting rifle”. The only “assault rifles and handguns”, by their definition, that the government knows about are the ones that are owned and registered by law abiding firearm owners. Of course this draws the only logical conclusion that the only guns that they can reliably remove from civilian ownership with any form of legislation are those currently owned by licensed law abiding firearm owners that have their handguns and restricted rifles registered with the government.

What would be far more difficult, not politically correct, but far more effective in combating crime would be exploring social and economic factors that contribute to crime in the first place. As we’ve statistically shown that countries and areas that have high law abiding firearm ownership are lower in violent crime, the presence or availability of firearms in law abiding firearm owners possession doesn’t increase crime and in fact tends to statistically have the opposite effect. Reaching out to at risk youth and young adults that are committing the majority of violent crime, which statistically speaking tend to be mostly inner city males, doesn’t seem to be the priority of this legislation. Creating availability of jobs, and educational opportunities to impoverished communities isn’t what this legislation is going to target, because that would be difficult and not politically correct to admit that the government has failed to deliver what our society expects from them on an equal opportunity basis. No, what we are supposed to believe the solution to violent crime is new legislation that can only target people that are already abiding by the law, and statistically the lowest risk to commit any type of violent crime at all.

The Liberal Government is promising that they are not planning to create a new long gun registry, because they clearly remember how that boondoggle cost them politically. However in the same sentence by logical conclusion they are still looking to pass legislation that targets law abiding firearm owners while completely missing the actual perpetrators of violent crime. There must be a reason that rural Liberal MP’s that are privy to the details of the upcoming legislation are nervous, most likely because they know that it will once again cost them their seats like the long gun registry did. When this legislation is introduced, if it does target law abiding firearm owners, much as the long gun registry did in the past, then it’s up to law abiding firearm owners to band together despite their differences and make sure it costs any MP that supports the legislation politically and that they aren’t re-elected.