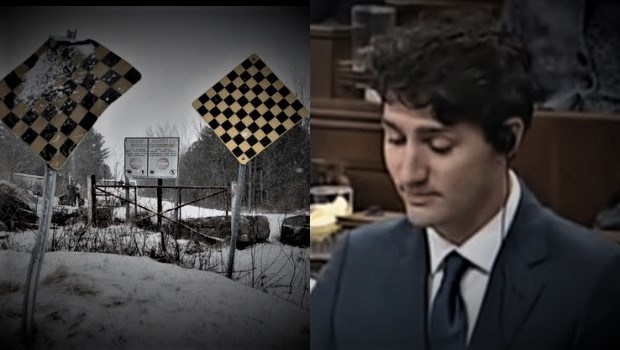 Trudeau is refusing to listen to the will of Canadians

Among many questions, the poll asked Canadians whether the emphasis should be on “assisting new arrivals,” or “monitoring and patrolling the border to deter future crossings.”

A full 72% of Canadians said the priority should be border security.

More Canadians are also concerned about a threat being posed from illegal crossers (37%), while just 24% said the focus should be on helping the crossers. 37% feel Canada is torn between the two perspectives.

60% of Canadians also say Canada should serve as an “example for the world when it comes to generosity toward refugees.”

30% of Canadians say there is a “significant” risk of dangerous people or criminals crossing illegally, while 20% see that as a huge risk. 43% see the risk as minor, while only 7% see no risk at all.

Canadians also have questions about how genuine the purported refugees are:

40% say three-fifths or more of the crossers are legitimate refugees, 23% say about half are genuine, while 36% think only two-fifths or fewer are genuine.

According to the poll, a combined 47% see providing assistance to border crossers as a major (10%), or important (37%) priority. By comparison,  a full 74% say securing the border with police, immigration officers, and drones is a major (30%) or important (44%) priority.

A majority also sees providing assistance to refugees as a lower (29%) priority, or not a priority at all (24%).

Even NDP & Liberal voters place a preference on security over assistance, showing how out of touch Justin Trudeau is with Canadians.

Worries about a flood of illegal crossings

A mere 5% expect the number of crossings to decrease.

Among the most interesting numbers, is the fact that 72% of Canadians say it is not fair that people can enter Canada illegally and then still apply for refugee status.

Canadians have a deep sense of fairness, and the government is standing offside with Canadians on this by allowing people to break our laws.

There is far more opposition than support for Trudeau’s handling of border issues.

25% say the government has done a poor job, and 22% say a very poor job. That leaves a combined 36% with a positive view of Trudeau’s handling of the border, versus 47% with a negative view.

The remaining 16% say they don’t know.

Clearly, Justin Trudeau is out of step with Canadians. We want a secure border, and we want the rules to be followed. Instead, Trudeau is keeping the border weak and undefended, while tweeting out welcome messages that misrepresent how our immigration system actually works.

As a result of Trudeau’s policies and his refusal to listen to Canadians, Canada is being put at increased risk. Canadians can sense it, so why can’t the government?