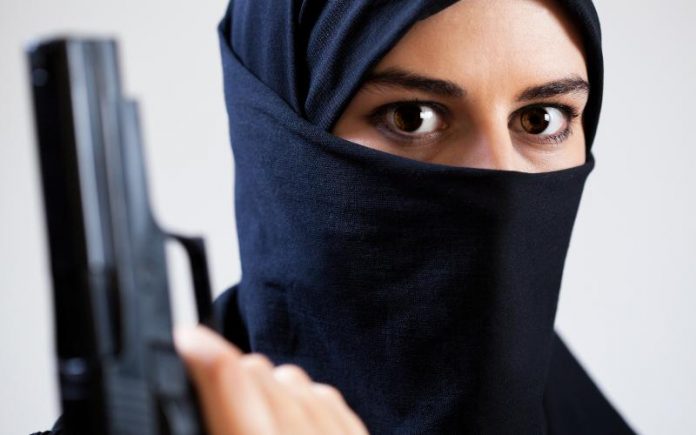 Islamic extremists have sworn to murder and pillage in the name of Allah and his prophet Mohammad. To millions of Muslims, infidels should be expunged. They interpret that the Quran demands a Holy War where murder and mutilation are essential to constructing a Caliphate.

Surrounding this evil core of several million coldblooded terrorists are hundreds of millions of Muslims that want Sharia law instituted worldwide. They believe Jews and Christians should suffer the punishments laid out by the Quran.

There are more than 1 billion Muslims in the world. If we assign a ridiculously low number of 0.5 percent Muslims worldwide that are willing to use violence, we have 8 million jihadists bent on murder.

In 2013, Pew Research released a comprehensive study based on their estimate of 1.3 billion Muslims in the world. Pew took a snapshot of how the Muslim world felt during a four-year-study that included 38,000 face-to-face interviews in 39 countries.

The good news according to Pew is that the majority of Muslims, 78 percent, do not openly support murdering infidels for Allah.

The bad news is that more than 20 percent of the 1.3 to 1.5 billion Muslims in the world support violent jihad. This translates to more than 300 million Muslims who support the murder of apostate, blasphemers, gay people, cartoonists that depict Mohammad and women of questionable moral fiber. One group that studied the Pew report concluded that the Muslim world is radicalizing at breakneck speed.

It is an even more startling situation in the United States where one in five of the 2.6 million Muslims living in America support jihad. For them, every day a Jew or Christian is murdered is a good day.

For this reason alone, Democrats are wrong in obstructing President Donald Trump’s go-slow immigration policies for Middle Easterners. If the United States allows 10,000 Syrian refugees into the country, they will allow for the arrival of at least 1,000 supporters of violent jihadists. How many from that group will happily strap a bomb to themselves is anybody’s guess, but if just one in 10,000 refugees is successful, the blood will be on the hands of Democrats.

When referring to hundreds of thousands dead, you are not talking about a few bad apples who happened to be terrorists.

The downplaying of Islam’s evil intent by the mainstream media was contradicted in a headline published by Mail Online dated March 23: Welcome to London: We can say we’re not afraid, light candles and make hearts of our hand but the truth is that we can’t go on like this.

The gist of the article is that Britain has become Sweden, where the ruling liberal elite have become submissive to Islam.