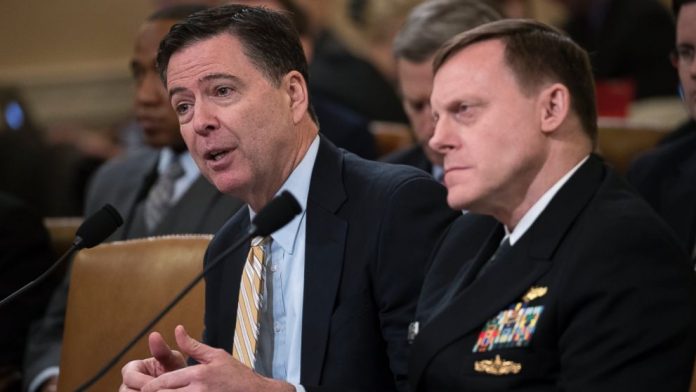 The “cyber-security” firm that everyone is depending on to make the case for Russia’s alleged “hacking” of the 2016 presidential election, CrowdStrike, has just retracted a key component of its analysis – but the “mainstream” media continues to chug along, ignoring any facts that contradict their preferred narrative.

As Voice of America – hardly an instrument of Russian propaganda! – reports:

US cybersecurity firm CrowdStrike has revised and retracted statements it used to buttress claims of Russian hacking during last year’s American presidential election campaign. The shift followed a VOA report that the company misrepresented data published by an influential British think tank.

This retraction pulls the rug out from under CrowdStrike’s identification of the hacking group that supposedly broke into the Democratic National Committee’s server. Last year, the company announced that “Fancy Bear” – the name they gave to the hackers – had used identical tools and methods to hack into software used by the Ukrainian military, an act they claimed led to the destruction of 80% of the Ukrainians’ howitzers in their war with rebel forces. Up until that point, CrowdStrike had merely “suspected” that the Russians were behind the DNC hack. However, given the Ukrainian “evidence,” combined with the assumption that the rebels are “Russian-backed,” CrowdStrike head honcho Dmitri Alpervovitch told the Washington Post: “Now we have high confidence it was a unit of the GRU,” i.e. Russian military intelligence.

Their retraction means that “high confidence” has been considerably lowered down to the level of a mere “suspicion.” Forced to backtrack in light of VOA’s definitive takedown, CrowdStrike’s whole case collapses. Despite dubbing the alleged hackers with the nom de guerre of “Fancy Bear” – as in the Russian bear – the evidence that supposedly identifies whoever broke into the DNC servers as GRU agents is virtually nonexistent. And the remaining “evidence” is hardly impressive. As cyber-security expert James Bamford pointed out:

Last summer, cyber investigators plowing through the thousands of leaked emails from the Democratic National Committee uncovered a clue.

A user named ‘Феликс Эдмундович’ modified one of the documents using settings in the Russian language. Translated, his name was Felix Edmundovich, a pseudonym referring to Felix Edmundovich Dzerzhinsky, the chief of the Soviet Union’s first secret-police organization, the Cheka.

So why would the nefarious albeit highly skilled Russians leave this glaring clue – in Cyrillic, no less! — for all to see? Or was this “clue” deliberate misdirection on the part of the real hackers? The latter seems highly likely – not that the geniuses over at CrowdStrike would want to understand this. After all, they were paid by the Democratic National Committee, which used the incident to drum up a narrative that the evil Russians were trying to damage Hillary Clinton and elect Donald Trump. Follow the money, folks – and Alperovitch’s position with the Atlantic Council, an organization that is assiduously trying to launch another cold war with Moscow.

Remember, the FBI never looked at the DNC servers: they depended on CrowdStrike — which has a $150,000 a year no bid contract to perform “security” services for the agency — to analyze the forensic evidence. Shawn Henry, CrowdStrike’s CSO and head of CrowdStrike Services, is a former assistant executive director of the FBI.

Another leg of the Russian conspiracy theory is the “dirty dossier” compiled by “former” MI6 agent Christopher Steele, which alleges that the Kremlin has compromising information on Trump and is blackmailing him to sell his own country down the river. So who was Steele’s main source? He is one Serge Millian, who goes by at least two other names, and who even friends describe as: