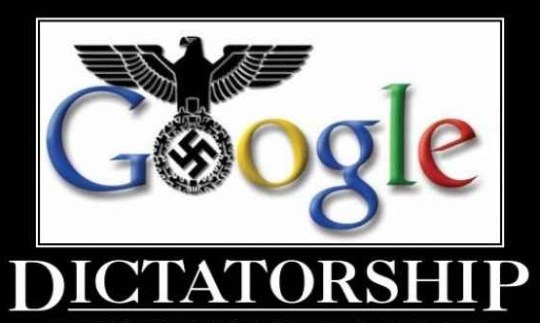 “You Tube is changing the rules of the game, it’s not longer a level playing field. Not only are they flagging more and more videos as ‘not advertiser friendly’, for the past few days they have turned off ALL of the advertising on my videos,” writes  SGT Report. “They want to kill my channel and they want me to go away. I need your help.”

SGT Report, along with many other independent media outlets, is now asking for Patreon donations as Google / YouTube demonetizes their videos, forcing them to look for alternative sources of operating revenue. But here’s the thing: SGT Report isn’t a Jiahid recruitment hub. They don’t promote terrorism. They simply have an independent point of view on politics and current events. For this reason alone, Google has demonetized them by labeling their videos “extreme.”

Under fire for making money off “extremist” videos featuring Jihadi terror tactics, Google has used the issue to deliberately conflate the term “extremist” to block revenues from videos that merely offer an independent point of view on current events.

In effect, Google has now decided that any website which supports President Trump is “extremist” and must be demonetized, censored or outright banned from its search results. To the Left-leaning tech giants, you see, any content that isn’t “progressive” is automatically considered “extremist,” even though advertisers who are horrified over Jihadi video content are often thrilled about supporting independent media.

This may explain why GoodGopher.com, the independent search engine that indexes independent media, is becoming increasingly popular. Good Gopher indexes thousands of “alternative media” websites while protecting the privacy of users with no search term tracking of users.