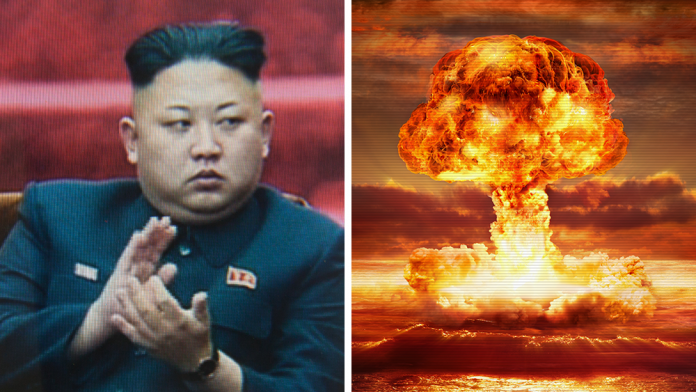 (Natural News) A high-level North Korean defector has just dropped a bombshell in an interview with Lester Holt of NBC News, explaining that his former country’s crazed dictator Kim Jong Un not only has highly capable nuclear weapons, but that he’s ready to use them to nuke America.

Kim Jong Un is the political expression of leftism to the extreme. He leads a nation of mind-controlled “citizens” who are thrown into gulags for expressing any words or ideas the political leadership doesn’t like. (This is where California is now headed, as a lawmaker there recently introduced a bill to criminalize anyone who publishes so-called “fake news” … meaning any news the insane Leftists don’t like.)

As a political tyrant, Kim Jong Un mirrors many of the tactics of the corrupt political establishment in America, using his state-run media to brainwash his entire population into thinking that North Korea is under constant threat from the United States. Our own brainwashing media has similarly convinced all Leftists in America that our elections are run by the Russians, an idea just as foolish as the nonsense spewed by Kim Jong Un to keep his own population mind controlled and submissive.

In order to maintain his political power in North Korea, where more and more citizens there are able to access “independent media” via the physical sharing of SD cards that contain videos of news programs and TV shows from the outside world, Kim Jong Un has claimed he is going to strike back against his enemies and launch nuclear missiles to destroy the United States. Via NBC News, linked above:

According to Thae, North Korean dictator Kim Jong Un is “desperate in maintaining his rule by relying on his [development of] nuclear weapons and ICBM… Once he sees that there is any kind of sign of a tank or an imminent threat from America, then he would use his nuclear weapons with ICBM.”

Kim Jong Un can best be described as an extreme totalitarian crybully who claims to be the victim while threatening to nuke his political enemies. This mirrors the total insanity of the kind of Leftists that now dominate California politics, by the way, who similarly claim they have the right to murder conservative guest speakers to make sure they cannot utter words which might “harm” the fragile minds of California campus snowflakes. In the same way that Leftists have repeatedly threatened to assassinate Donald Trump because they don’t like his politics, Kim Jong Un says he’s going to launch nuclear weapons against the United States in order to eliminate his enemies.