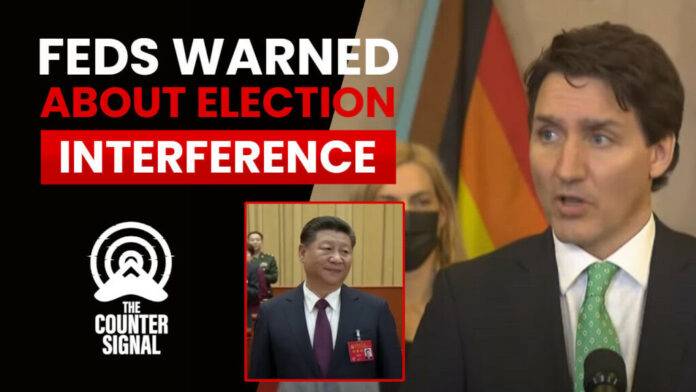 Trudeau was well aware of Chinese election interference and did nothing to stop it
Four months after China waded into Canada’s 2019 general election, the federal government was warned that election interfere “likely to be more persistent and pervasive in future elections.”

Trudeau has been dodging questions about this in the House of Commons for weeks now, and we now find out that he has known about this the entire time and chose to cover it up.

The list of candidates that were influenced by the CCP MUST be made public, and there MUST be consequences for this absolutely massive breach of our public trust and national security by a foreign power. Trudeau’s government is thoroughly compromised.

Keep fighting for what is right,
Keean Bexte
Editor-In-Chief
The Counter Signal

P.S. We are short of our goal of getting 75 subscribers by the end of the month. Can you help us out by becoming a Newsroom Insider?