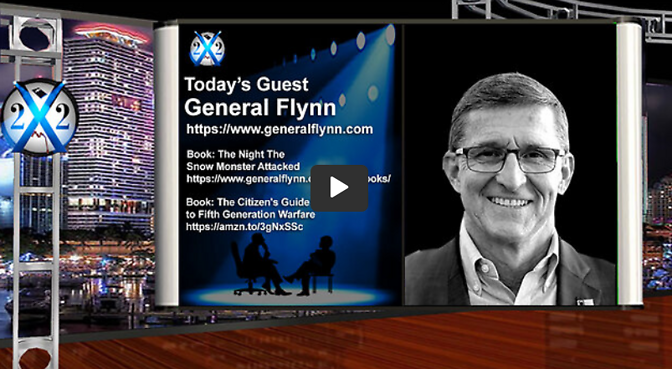 With more than 33 years of service in the United States military and current Chairman of America’s Future, General Flynn’s military career culminated as the Director of the Defense Intelligence Agency (DIA) and as the nation’s highest serving military intelligence officer. After retiring from the Army in 2014 and as a private citizen, General Flynn went on to serve in a variety of business, educational, and non-profit roles, to include supporting veterans’ organizations around the country, something he continues to do today. General Flynn is a National Bestselling Author, holds three master’s degrees, and is recipient of numerous military, intelligence and law enforcement awards. The conversation begins with General Flynn discussing his new book “The Night The Snow Monster Attacked!”, this book will teach children how to become leaders. The elections were rigged and we are now in a 5th generation war. This is a war of perception and disinformation. The people are fighting back and we will win.