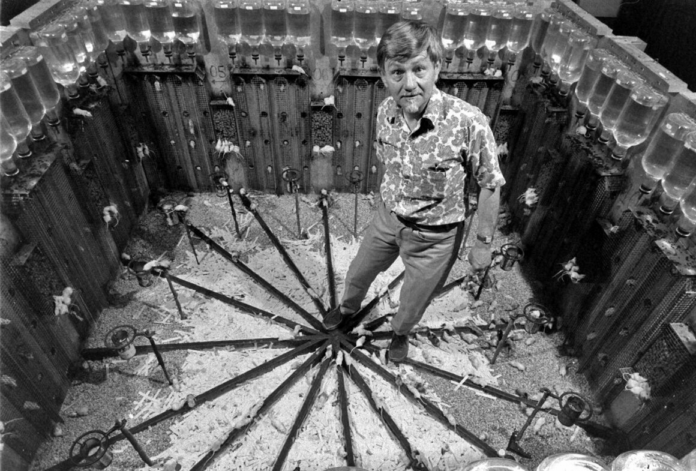 In the 1960’s, a scientist named John Calhoun created a “mouse utopia” where populations of mice would enjoy everything they needed, essentially without effort: Unlimited food, water, living space, population growth without predators and so on. It started with eight mice, who began to reproduce quickly, enjoying their newfound “utopia” with unlimited resources. Within 4 years, however, the population had become extinct through self-annihilation even though all the resources it needed for survival were readily available, including ample space to live.

What happened to Calhoun’s mice? He repeated the experiment multiple times using mice and rats. Each time the outcome was the same: Extinction within 1588 days. (Populations began to collapse at around 560 days, for reasons discussed below.)

What we are witnessing in the world today, right now, with the self-inflicted annihilation of humankind, almost perfectly reflects observations from Calhoun’s “mouse utopia” experiments. Except now, it’s happening in the world of humans.

Filmmaker Mike Freeman has even made a film about these experiments. It’s called Critical Mass, and you can learn about it at CriticalMassFilm.com.

A bioethicist named Jan Kuba? has written extensively about this on a site called PhysicsOfLife.pl. There, on a page dedicated to Calhoun’s experiment, he describes the Calhoun experiments as, “one of the most important in human history,” and he delves into the meaning of all this for humankind. On this page, he describes the phases of live and annihilation through which the “mouse utopia” passed. Here’s a summary:

Phase D – Day 560 – Death phase – Population collapses. “No young surviving.” No longer any conception. Non-reproducing females resort to eating, grooming and sleeping. No interest in socialization. No social skills learned by remaining survivors. No ability to be aggressive, which means no ability to defend their young or their nests. Avoidance of all stressful activities, including anything resembling competition. Preoccupation with grooming and physical attractiveness. Inability to navigate challenges of the real world. Only the outer appearance of being superior, but lacking cognitive and social skills. Totally unable to reproduce, raise young or compete for anything.