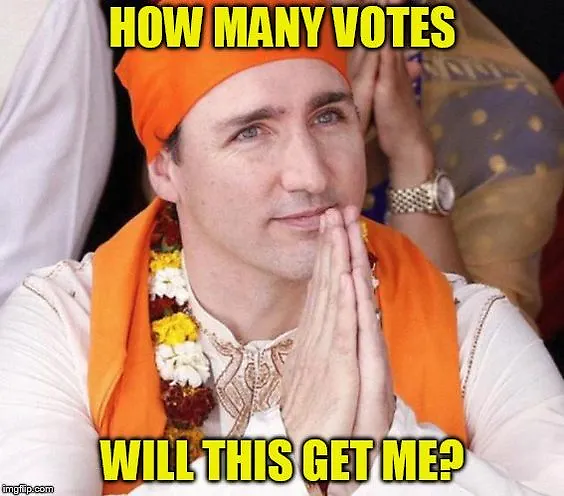 Narcissistic as the day is long, Justin Trudeau’s megalomania is capable of almost anything– including the downfall of democracy in Canada.

“An organism that lives on or in an organism of another species, known as the host, from the body of which it obtains nutriment.”

Generally viewed within a context of science or anatomy, the definition serves as a metaphor for the state of Canadian politics in 2022.

The Liberal government of Canada are an organism within another species. PM Justin Trudeau’s authoritarian governance lives within a democratic society. While most Canadians believe in democracy, Trudeau is a communist.

In this fashion, our PM is chewing away at democracy within our body politic. The host is Canada, from which government obtain nutrients necessary for the fall of democratic governance.

“Parasitism is a close relationship between species, where one organism, the parasite, lives on or inside another organism, the host, causing it harm, and is adapted structurally to this way of life.”

Throughout the seven-year period Mr. Trudeau has maintained his grip on society, Canada has been “adapted” to the PM’s way of life. Communist, Globalist, “Woke,” Great Reset. Call it what you like; the pattern remains.

The old way is democracy; the post-modern way, pseudo-communism. We speak of a railroading of Canadian society by Trudeau and his backers. World Economic Forum. World Health Organization. United Nations. China. Iran. These are the entities which have propped-up Justin Trudeau for a specific task: the conversion of Canada from democracy to dictatorship.