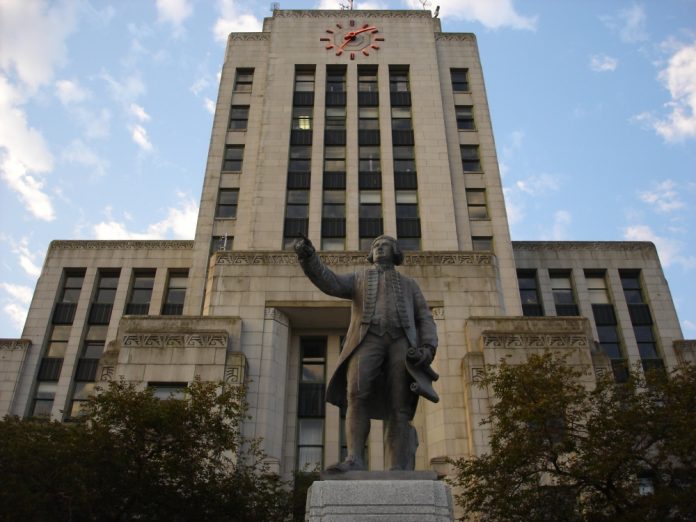 There are so many demands these days for civic dollars by so many needy groups, worthwhile organizations, critical programs and projects.

And City Council members know … or SHOULD know … there are too few funds to meet not only those requests, but even all of Vancouver’s own City departmental needs.

After all, isn’t that why the current Council RAISED city taxes EVERY YEAR during their four-year term?

Not many Vancouver taxpayers have seen salary increases like that! And kind of ironic that a Council weighted with left wing activists actually has actually made Vancouver an even more costly city for the average working family or seniors!

And yet, there are lots of signs all around Vancouver that City Hall still doesn’t have enough money for policing, emergency housing, road repairs, community centers and school maintenance, parks, beaches and recreation.

Nevertheless, SIX members of Council felt the City was flush enough with cash to contribute $660,000 to a lawsuit by a non-governmental organization, West Coast Environmental Law, to sue five of the world’s biggest oil companies for damages from climate change.

Is that really appropriate to give precious City dollars, without taxpayers’ specific approval, to help fund a private organization’s lawsuit?

I say NO! That simply is NOT a proper or jurisdictionally appropriate expenditure of City taxes.

It’s not that the issue of climate change is not important: so is the war in Ukraine, conflicts in Syria, Afghanistan and poverty and refugees from Africa, Central America … ALL of which generate results that directly/indirectly have an impact on Vancouver.

It’s simply that these issues are NOT jurisdictionally within the purview of Vancouver City Hall to legally fight … without specific taxpayers’ approval in a referendum.

Especially when the City keeps raising taxes and keeps justifying that by telling us they don’t have enough funds to adequately take care of the many responsibilities that the City is LEGALLY OBLIGED to provide each year.

Looks to me like they put their personal political agenda ahead of the city’s pressing needs … and used public money to fight their fight.

That’s WRONG!! A breach of their fiduciary responsibility.

You can read the full story here: https://vancouversun.com/news/local-news/vancouver-council-agrees-to-spend-up-to-660000-to-fight-big-oil-in-court.

That vote showed, I believe, which incumbent members of Council DISRESPECTED City taxpayers and FAILED to responsibly exercise proper discretion on how MUNICIPAL public monies should be spent.

Let’s give those six the boot!