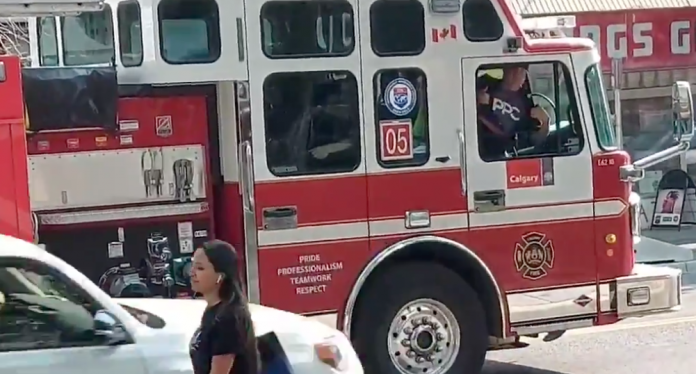 “The Calgary Fire Department will be reviewing what occurred and determine what, if any, action is needed.”

A Calgary firefighter is under investigation by city officials after the Western Standard published a video of him cheering People’s Party of Canada leader Maxime Bernier from his fire truck.

“All City employees are expected to adhere to The City of Calgary’s Code of Conduct. The code does outline expectations and behaviours on promoting a political party or cause while at work,” the city told the Western Standard in an email Friday night.

“The Calgary Fire Department will be reviewing what occurred and determine what, if any, action is needed.”

Bernier was in Calgary Thursday holding a small rally, as part of his “Mad Max” tour at Tomkin’s Park, when a fire truck from 5 Station drove by on 17 Ave. and 8 St. S.W.