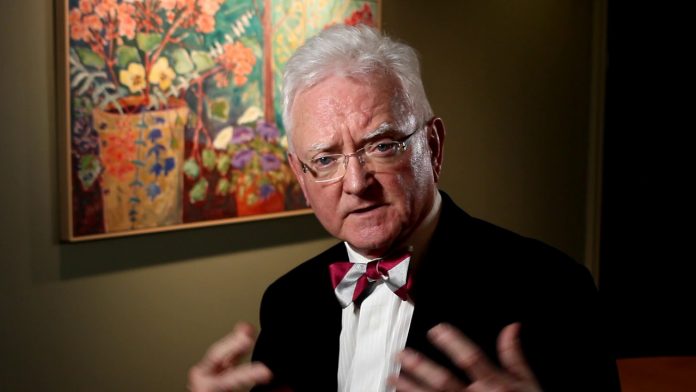 Dr. Roger Hodkinson says the virus is no worse than a “bad flu, that masks are “useless”, and that lockdowns are driving suicides.

A top Edmonton doctor in virology says Albertans “are being led down the garden path” by government health officials in their efforts to stop the COVID-19 virus.

Dr. Roger Hodkinson says the virus is no worse than a “bad flu.”

Hodkinson is the CEO of Western Medical Assessments, and has been the company’s medical director for over 20 years. He received his general medical degrees from Cambridge University in the U.K., and then became a Royal College certified pathologist in Canada (FRCPC) following a residency in Vancouver.

He also taught at the University of Alberta and runs MutantDx, a molecular diagnostics company in North Carolina.

“What I am going to say is lay language and blunt,” Hodkinson said during an Edmonton City Council Community and Public Services Committee meeting, audio of which is currently making the rounds on YouTube.