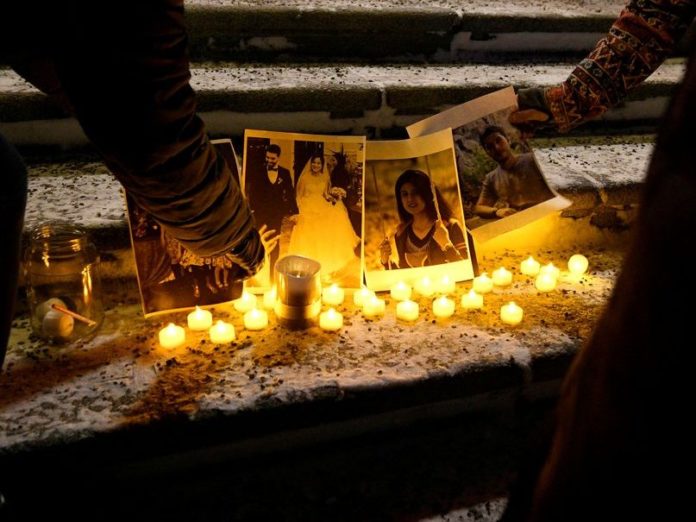 (People attend a candlelight vigil held at the Edmonton Legislature building in memory of the victims of a Ukrainian passenger plane that crashed in Iran, in Edmonton, Alberta, Canada, January 8, 2020. CANDACE ELLIOTT / REUTERS)

It’s not just the plane crash that should make us angry. Or the fact Iran first shamelessly lied and tried to cover up the truth. It’s the entire track record of this whole wretched regime in Tehran that deserves our condemnation.

Prime Minister Justin Trudeau was right to say on Saturday that Iran finally coming clean and admitting that it was one of their own missiles that shot down the jet that killed 176 passengers including 57 Canadians was just the first of “many steps” to come, in terms of getting at the truth and seeking justice. This is far from over.

Meanwhile, thousands of Iranians are now taking to the streets to condemn the regime for what is only its latest of dreadful deeds, and to call for the end of Ayatollah Khamanei’s reign. We must side with them and amplify their voices.

Regime change from within is what’s needed to stop future Qassem Soleimanis, to stop Iran from continuing to slaughter its own people, to stop things like these plane crashes from happening again.

Let’s hope we can get bipartisan consensus on this as well.