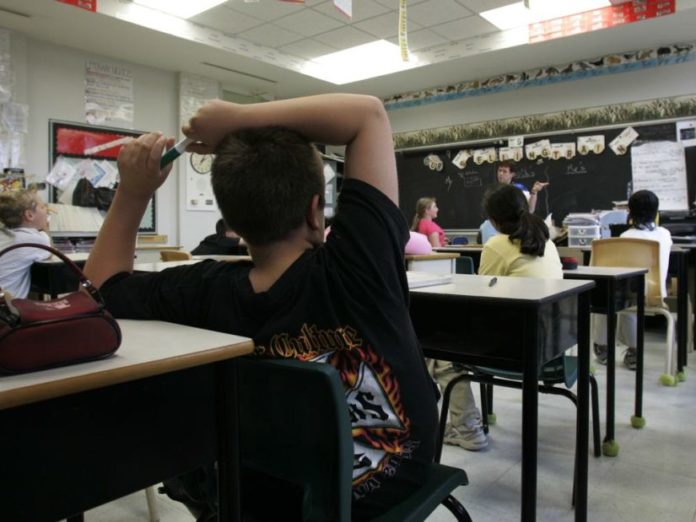 I’ve known since I was a teenager that some public school social studies teachers seem to lean toward Marxism. I came home one day from Grade 8 social studies class telling my parents that my teacher thought the Soviet Union was just terrific. My dad had a different view. He didn’t think much of the fact that Joseph Stalin had starved 10 million people, mostly Ukrainians, and he went to the school to let my teacher know. This story has a happy ending — it firmly cemented for me that authoritarian regimes are the most evil ideologies ever invented by humanity. If you want to give me the old yarn that communism just hasn’t been implemented right yet, I give you the China Papers released this week. Even the Chinese, for all their tolerance of wealth creation and billionaires, have no problem setting up detention camps to surveil, capture, detain and re-educate their Uighur population.

So I shouldn’t have really been surprised when a parent sent me her Grade 10 son’s social studies unit test this week, chock-a-block full of Marxist themes and anti-oilsands rhetoric.

Some of the assertions in the test were things like, “Free trade is behind many of the ills of the modern world. It makes people poorer and deprives them of power by putting the economy in the hands of transnational corporations. It should be stopped.” And an exercise where a student is supposed to identify irony, showing an editorial cartoon of a T-shirt shop with anti-trade and anti-capitalist slogans on it. Get it? It’s ironic that the shopkeeper makes a profit selling “Capitalism Sucks” T-shirts. The takeaway for the 14-year-old student probably isn’t the nuance of adult hypocrisy. The takeaway is that capitalism sucks.

Question 15 is another gem. It begins with the statement: “The proposed (oil)sands development will tear a hole in Canada’s lungs — our vital boreal ecosystem … It is essential that an integrated land management plan be in place that recognizes and protects the integrity of this critical ecosystem.” Then students are asked to choose what the author of the quote probably thinks. Are oilsands the best thing that ever happened to northern Alberta or should they be more strictly regulated? Well, duh.