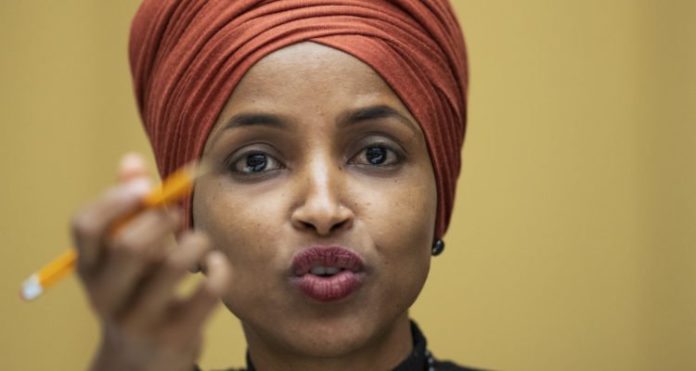 “If it wasn’t for our cash, Ilhan Omar would be just another black Somali refugee in America collecting welfare,” boasted Qatari officials, according to the testimony.

Congresswoman Ilhan Omar (D-Minn.) is said to have “passed sensitive information that was relayed to Iran, and received funding by a foreign government, according to a sworn deposition by a Canadian businessman in a Florida court,” reports Al Arabiya English, a Gulf-based news outlet.

“In explosive testimony made by video link from Toronto, Canada to a Florida District Court on October 23, Kuwaiti-born Alan Bender claims to have deep ties with governments and royal officials across the Middle East including Qatar. In his statement, he says he met Qatar’s Secretary to the Emir for Security Affairs Mohammad bin Ahmed bin Abdullah al-Masnad and two other senior Qatari officials,” says Al Arabiya English.

The report says that the three Qatari officials “allegedly claimed credit for the meteoric rise of Omar, saying: ‘If it wasn’t for our cash, Ilhan Omar would be just another black Somali refugee in America collecting welfare and serving tables on weekends,’ according to Bender’s sworn deposition.”

Al Arabiya English says that it obtained the deposition and that it was “authenticated by the attorney for the plaintiffs.”