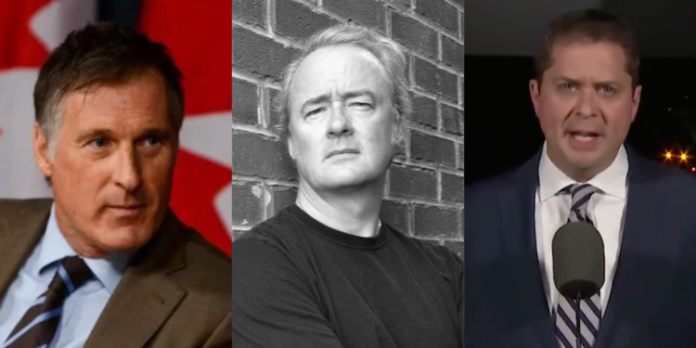 In a shocking last minute surprise in Canada’s federal election, the Conservative Party of Canada was caught by Globe and Mail journalists having hired former Liberal hatchet man Warren Kinsella’s consulting firm to conduct a large scale operation to attack and discredit the People’s Party of Canada – a secret operation that was never supposed to be traced back to the Conservatives.

Through the 2019 campaign, the People’s Party faced repeated executive member and candidate resignations, incidents with protesters posing as members of AntiFa at events, the spread of false emails, and repeated accusations of xenophobia and racism.  A candidate with the satirical Rhinoceros Party named Maxime Bernier added his name to the ballot in party leader Maxime Bernier’s own Beause riding, which originally appeared a joke, but is now seen as a possible dark tactic to confuse voters and split the People’s Party vote.

Bernier, in a devastating reply press conference on Saturday, laid the blame for all of those incidents at the feet of Andrew Scheer and his Conservative Party – comparing Scheer’s actions to Justin Trudeau’s at the height of the SNC-Lavalin scandal.