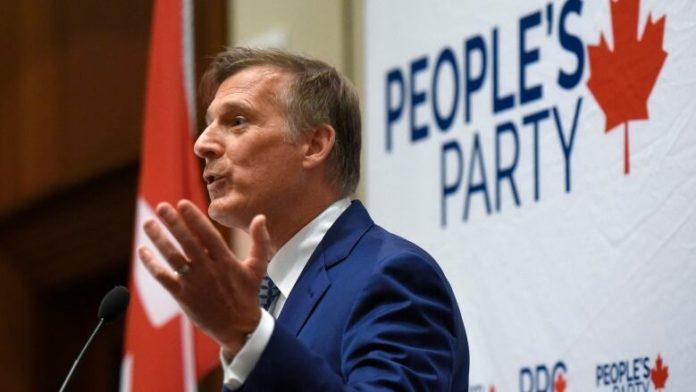 (People’s Party of Canada Leader Maxime Bernier has filed a complaint about what he calls a professional ‘smear campaign’ waged against his party. (Justin Tang/The Canadian Press)

People’s Party of Canada was target of social media campaign, according to documents

People’s Party of Canada Leader Maxime Bernier has filed a complaint to the Commissioner of Canada Elections to get to the bottom of what he called a “secret” smear campaign waged against him.

During a news conference Saturday, Bernier said the party will retain legal advice and will use all tools at its disposal to get answers on the Conservative Party of Canada’s potential role in that campaign. He also wants answers on who was behind the entry of a Rhinoceros Party candidate in his Beauce, Que., riding who has the same name as him.

Bernier said that was a deliberate attempt to confuse voters.

CBC News reported Friday that Warren Kinsella’s Daisy Group consulting firm was behind a social media campaign to put the People’s Party of Canada (PPC) on the defensive and keep Bernier out of the federal leaders’ debates, according to documents provided to CBC News.