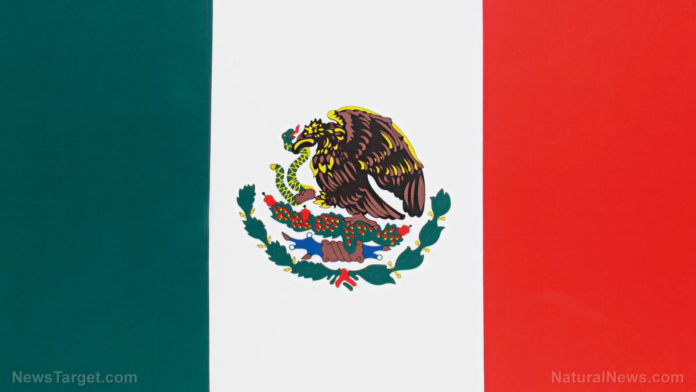 The United States might be swirling the toilet in shameless decadence and unprecedented moral decline, but our neighbors to the south are joining the other side of the culture war as they fight to save their country from the destructive rot of liberalism.

“We want to give voice to the voiceless,” he emphasized, lamenting the fact that Mexico continues to be oppressed by organized drug cartels and a “culture of death” that’s separating families. “We want to embrace Mexico and say strongly and clearly, ‘Not one less Mexican.’”

Believe it or not, abortion is actually illegal in Mexico, though globalist influences are trying to change that. Some Mexican politicians are also pushing to join the U.S. in redefining marriage and what it means to be a family by indoctrinating schoolchildren into transgender ideology, while simultaneously censoring all free speech that contradicts this agenda.

“It is ironic that our politicians want to worsen the crimes being committed by the drug cartels by seeking to legalize abortion,” Cortés further noted.

For more related news about how leftists invade positions of power in order to radically transform society and the world into their godless image, visit LiberalMob.com.