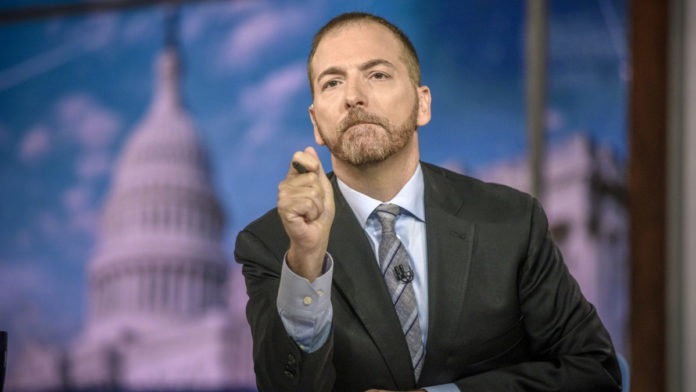 Monday on the radio, LevinTV host Mark Levin said MSNBC’s Chuck Todd is “unhinged” and a “disgrace” after Todd had a fiery exchange with Sen. Ron Johnson, R-Wisc., on “Meet the Press” Sunday.

“Chuck Todd, I’ve been pointing out for a long time now, is a reprobate,” Levin said. “He’s a Democrat.”

Todd interviewed Johnson on the Democrats’ impeachment efforts and the whistleblower complaint against President Trump’s phone call with Ukraine’s president. During the interview, Todd asked Johnson about a Wall Street Journal report quoting the senator saying he “winced” at the claim that Trump withheld military aid for Ukraine to leverage an investigation of Joe Biden’s potential corruption.

When Johnson insisted that the president is being undermined by members of the intelligence community and said Todd is biased because he would not ask former CIA Director John Brennan about text messages between Peter Strzok and Lisa Page, Todd accused Johnson of pushing “Fox News conspiracy propaganda stuff.” Todd and Johnson went on to yell and interrupt each other as they debated.

“He’s screaming at Senator Johnson. He’s unhinged. He’s unhinged because Johnson’s not telling him what he thought Johnson would tell,” Levin said.