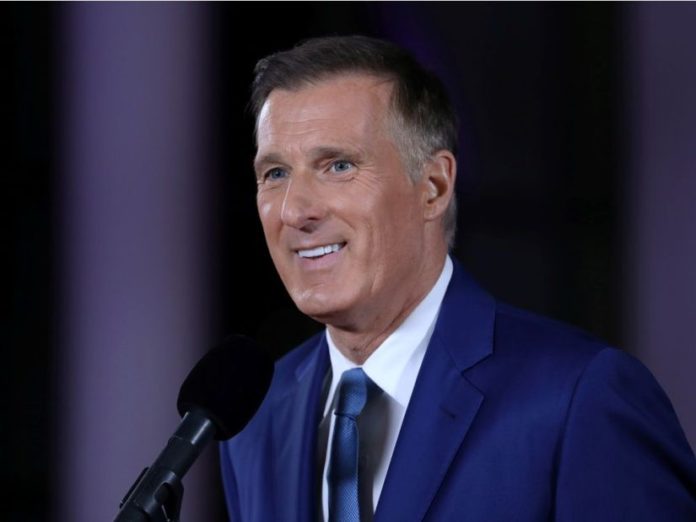 OTTAWA — Maxime Bernier prides himself on being a man who says what he thinks — and the People’s Party leader seized every opportunity to do just that during the federal campaign debate Monday.

From the beginning of the campaign, Bernier has said that his participation in the two official leaders’ debates will be pivotal to his upstart party’s chances in Oct. 21’s vote. With little to lose and much to gain, he threw verbal darts at all of his rivals, advocating his small-government, pro-business, Canada-first agenda.

He declared himself the only real trailblazer among the six leaders on fiscal responsibility, Indigenous issues, the environment and dealing with newcomers to Canada.

Bernier unabashedly touted his party’s plan to slash the number of immigrants and refugees Canada accepts each year to between 100,000 and 150,000 from about 350,000.

“I’m the only leader on this stage that wants to have a debate about immigration,” he said.

Other leaders seemed fine that, singing the praises of Canadian diversity and brushing Bernier’s immigration fixation aside.

NDP Leader Jagmeet Singh told Bernier he didn’t even deserve a platform. “And I’m happy to challenge you on that, because your ideas are hurtful to Canada.”

When confronted, the People’s Party leader wrapped himself in the cloak of free speech. “We have the right in this country to debate ideas, and that’s what I’m doing.”

Bernier was a senior figure in Stephen Harper’s Conservative government, serving as minister in the industry and foreign-affairs portfolios.

He left the Conservatives in August last year, saying the party had all but abandoned its core principles. Soon after, the People’s Party of Canada was born.

Aside from curbing immigration, the party wants to eliminate the deficit in two years, end federal subsidies to corporations, cut all funding to multiculturalism programs, make it easier to build pipelines, scrap the federal carbon tax and phase out supply management for agricultural products.