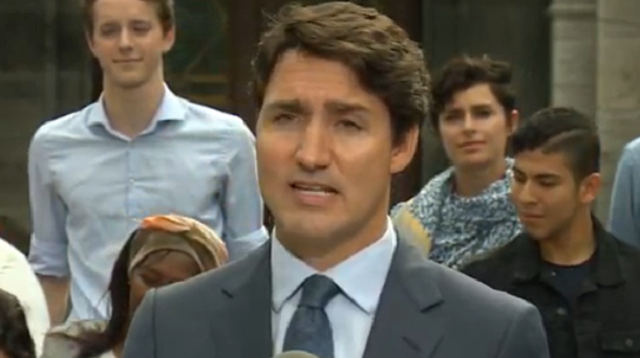 It didn’t even take him a day to start lying to Canadians.

Justin Trudeau’s campaign is already launching a barrage of lies to get things started.

And one of the biggest lies relates to Justin Trudeau’s comments on the SNC-Lavalin PMO Scandal.

With two bombshell stories from the Globe & Mail pushing the scandal back into the headlines, Trudeau responded by claiming the decision not to waive cabinet confidence – which is what’s blocking the RCMP from fully investigating – is somehow up to the Privy Council Clerk.

Trudeau claimed he was ‘respecting’ the decision of the ‘public service.’