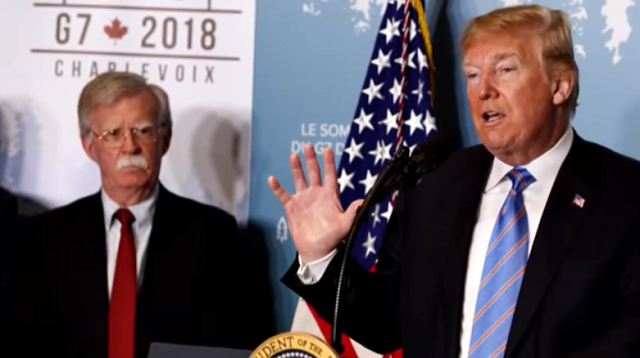 Says “I disagreed strongly with many of his suggestions…”

Bolton has been a long-time neo-conservative who regularly pushed for more US military intervention worldwide, which was at odds with Trump’s campaign message of reducing the US role as the ‘world police.’

Bolton had also long been seeking a US war with Iran, while Trump – despite ripping up the Iran nuclear deal – has sought to talk with Iran’s leaders.