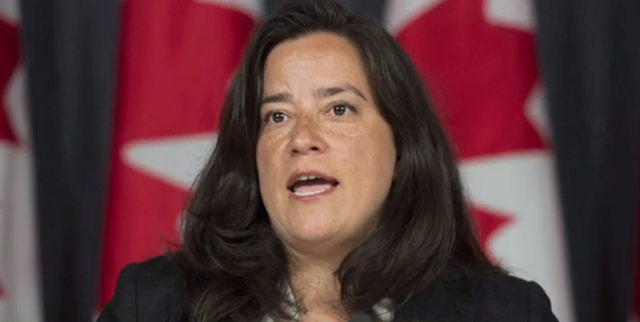 “The report reminds us that we must all remain vigilant.”

Jody Wilson-Raybould has issued a statement on the Ethics Commissioner report that totally vindicates her and reveals that Justin Trudeau and his cronies have been lying the entire time.

Her statement can be read below:

I am grateful for Commissioner Mario Dion’s thorough report. It represents a vindication of the independent role of the attorney general and of the director of public prosecutions in criminal prosecutions — and reinforces for Canadians how essential it is to our democracy to uphold the rule of law and prosecutorial independence. The report confirms critical facts, consistent with what I shared with all Canadians, and affirms the position I have taken from the outset. The commissioner was not distracted by inaccurate information about the events or about me personally — and drew conclusions based on the true facts of what occurred.

I also have feelings of sadness. In a country as great as Canada, essential values and principles that are the foundation for our freedoms and system of government should be actively upheld by all, especially those in positions of public trust. We should not struggle to do this; and we should not struggle to acknowledge when we have acted in ways that do not meet these standards. I am also concerned by the government’s decision to deny even its ethics commissioner requested access to cabinet confidences, as there were apparently contraints on a number of witnesses from telling the whole story. The commissioner is correct in saying that decisions affecting his work should be made ‘transparently and democratically, not by the very same public officer holders who are subject to the regime he administers.’

The report reminds us that we must all remain vigilant. Personally, I remain committed to doing politics differently and engaging in important discussions in a way that honours what is best about Canada, to work across party lines and to continue to do the best job I can as the independent member of Parliament for Vancouver-Granville. There remains more work to be done.”