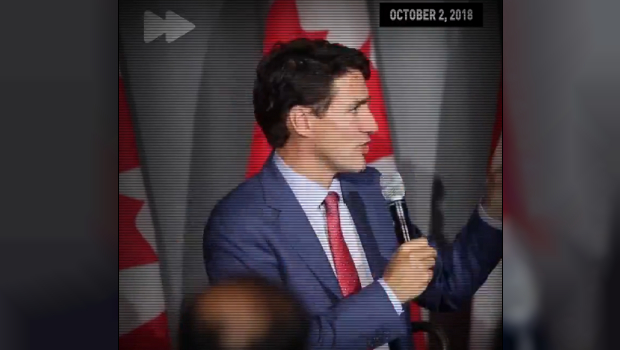 Yet we see once again that the ‘rules’ only apply to those who criticize the Trudeau government.

The Trudeau Liberals have made a big deal about their supposed ‘fight against disinformation.’

Of course, they’ve been using that as an excuse to crack down on social media and restrict the ability for their political opponents to get their message out.

We can see how deceptive and hypocritical the Liberals are being by the fact that some of their top level operatives are blatantly spreading disinformation online.

Consider this Tweet from Cameron Ahmad, the director of communications at the Trudeau PMO:

“When he was Prime Minister, Stephen Harper refused to meet with Premiers. His government froze funding for services like health care, childcare, & housing. He refused to work with provinces on climate change. His ministers disrespected Indigenous governments & communities.”