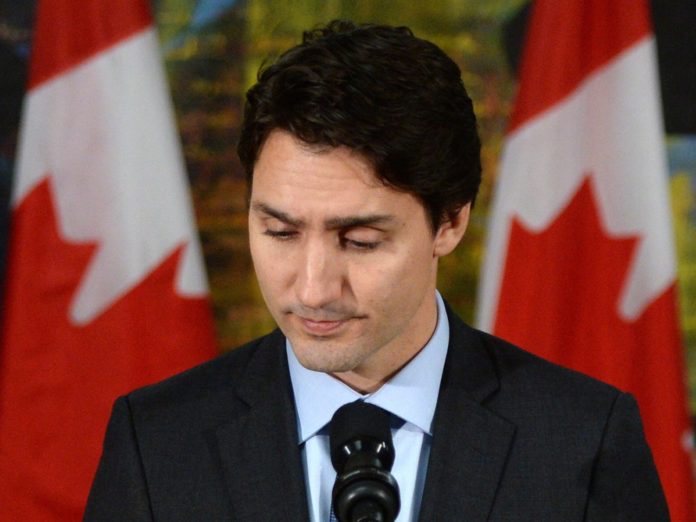 (Canadian Prime Minister Justin Trudeau pauses as he addresses the media on the terrorist attacks in Paris prior to his departure for the G20 and APEC summits from Ottawa, Friday November 13, 2015. Trudeau says Canada has offered all the support it can to France following Friday’s attacks in Paris. THE CANADIAN PRESS/Sean Kilpatrick ORG XMIT: SKP501)

With Prime Minister Justin Trudeau threatening to fine social media platforms if they don’t control “fake news,” the question arises whether the Liberals should be fined for promoting fake news themselves.

Because their insistence Canada is on track to meet the greenhouse gas emission targets Trudeau agreed to in the 2015 United Nations’ Paris climate accord is fake news — knowingly distributing false information to mislead.