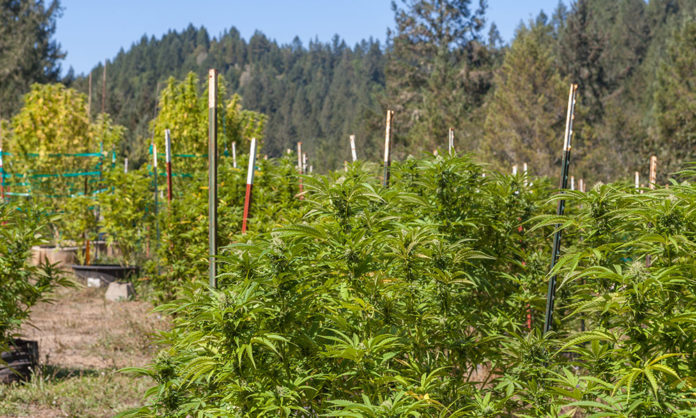 California Gov. Gavin Newsom announced this week he would be sending the state’s National Guard north to assist in the battle against unlicensed growers.

The move comes as Newsom begins his biggest skirmish with the Trump administration yet. On Monday, Newsom announced that he had signed a general order that rescinded his previous authorization for the National Guard to work at the California-Mexico border, a job typically reserved for federal personnel.

Newsom didn’t just take California’s National Guard from the border, he also said he would redeploy them. The first batch of 110 troops will go to support CalFire’s fire prevention efforts, in the hope that stronger efforts to clear brush will mean that there is not a repeat of the last two devastating fire seasons in California. Another 100 troops will conduct counternarcotics search-and-seizure operations in Northern California, targeting traffickers who use legal points of entry to smuggle their wares, as those legal points of entry represent where the bulk of illegal narcotics enter the United States.